【專題】瞬間看地球之藝評版
Position and Functions of Theatre Critics in the New Media Era: Grave Danger or Proof of Perseverance
文：Alen Biskupović 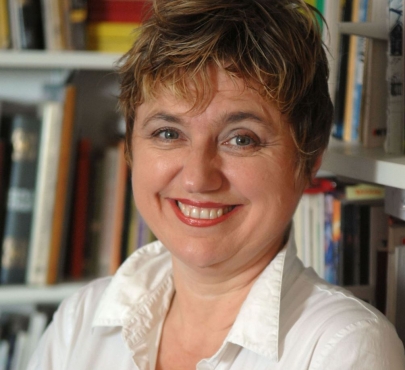 It is quite absurd that theatre criticism gained a conclusive definition only 250 years after its birth as a writing genre, more so if we take into account how much the media and critics have changed over history. These changes are mostly manifested by the extension of theatre criticism into new, electronic media and, consequently, the emergence of new types of critics.A new paradigm has emerged in the new media era, asserting that in the digital age anyone can be a critic in all forms of new media – blog, vlog, social media, private web page, free communication application, etc. Technological advancements and new media brought about a new type of critics – digital critics.[2]

Digital technology has greatly sped up the publishing process. Digital critics may publish their thoughts immediately after the show by typing on a mobile device, tablet and phablet at the foyer, or even during the performance. Digital criticism is fast, global and free, but in most cases, such writings lack solid editing and formal knowledge of theatre; they are difficult to locate online, and they barely follow the rules of theatre criticism as a genre. Critiques vary drastically in terms of form, content and authorship. There are examples of formally trained authors who write even better than well-established critics, and yet there are examples of ill-informed people whose views are totally subjective and biased. The form also varies, from works similar to those found in newspapers or magazines to those written with abbreviations, stickers, emoticons etc. Neither the basic information about the show (such as the opening performance date, cast and crew) can be found, nor is it important to attend the opening performance. Evaluation ranges from objective discussions to subjective insults. Understanding of the theatrical context depends on the author’s inclination and disposition. Moreover, there is no regulation of the published content, the form and ultimately the author’s responsibility. Authors do not receive any remuneration, their viewpoint entirely personal, their purpose simply for personal satisfaction. And according to the majority of digital critics, the function of their writing is two-way entertainment for both themselves and their readers.

On the other hand, traditional theatre studies imply that the average viewer, in most cases, does not know how to articulate what made a particular performance good. He comes to the theatre with the totality of his general motivation, attitude and ability, which will help him understand and/or semantically, communicatively contextualise what he has seen.[3] The following quote suggests that a theatre critic is able to explain what he has seen and put it into context with a clear articulation of his attitude: A successful critic is an experienced member of the audience with a developed value system who possesses knowledge of a particular performance and/or theatre in general, thus achieving an important educational role towards viewers with less experience and/or less knowledge.[4] His first and foremost function is to be a critic, an interpreter and a mediator between art and society.[5] A mediator who will use his knowledge to inform, explain, interpret, prove, counsel and discuss with the theatre audience and the theatre community. [6]

Traditional critics receive payment for their writing and gather around established newspapers, magazines and websites. They are in most cases educated people who follow the rules of theatre criticism as a specific genre. They provide basic information about the play (date of the opening performance, title, venue, author, director, dramatist, scenographer, costume designer, lighting designer, puppet technologist, etc), include a short summary of the play through which literary and theatrical-historical discourses and/or cultural references are made. After that, they deal with the director and playwright, analysing the original text and stage performance through the directorial concept. This is followed by evaluation of the ensemble performance, and finally analysis of the visual, musical and other elements, not necessarily in the order listed. The article is completed by reaching a verdict about the quality of the production. Their writing style is simple and clear, so that their work may simultaneously address not only their own circle of readers but the theatre community at large. Their critiques serve multiple functions: a guide for the viewer, documentation for future reference, performance evaluation, comparison, education, consultation with performers and theatres, and sometimes also entertainment.

So what's the big problem? Throughout the world, and also in Croatia, the emergence of digital critics in new media has brought about various consequences. First of all, traditional critics struggle with the loss of legitimacy and jobs because fewer people are reading newspapers, and thus less and less money is spent on print media advertising. In addition, the younger generation are increasingly moving away from print media to the Internet. Another big problem has sparked numerous discussions between theatre critics and scholars around the globe. Traditional critics follow the rules of the genre; they are professionals, thus fulfilling the aforesaid functions. Their works help nurture future generations who may one day become theatre critics, or at least think with their own heads about theatre and culture. Digital critics, on the contrary, do not follow the rules of the genre or fulfil the functions of theatre criticism; therefore, they do not create new values or make any significant impact on the art itself and the audience.

And yet, among the conclusions of many debates and round tables I have attended, there is one point in common: There are no real threats for one or the other type of critics, and the solution is coexistence. In a special round table published in the online magazine Exeunt, Duška Radosavljević, Mark Fisher and Karen Fricker presented their views on theatre criticism in the digital age, and came up with a very simple but significant conclusion: No audience member in the history of theatre has ever left a show without an opinion. Social media enables us to hear those opinions, where once they were restricted to post-show chats in the bar. In that sense, it’s no more true to say that everyone’s a critic today than it has ever been. In this regard, professional and digital critics have always existed, only the opinion of digital critics is now globally available.[7]

The coexistence of professional criticism written by people who have studied Theatre and digital criticism written by people solely for self-satisfaction and expression contributes to a more pluralistic society and reinforces modern-day values such as freedom of speech and choice. Eventually, time will tell which type will survive and/or dominate the other. For now, it is indicative that both types exist, and that the professionals still retain the functions of theatre criticism deeply embedded in the basic characteristics of the genre – which only proves the importance and perseverance of the genre in spite of technological innovations, changes in the media and society, and the arrival of new types of critics.

作者簡介：Biskupović, Alen, assistant Professor in the field of theatre studies and a theatre critic. He graduated from the Faculty of Humanities and Social Sciences in Osijek in 2006 and in 2014 obtained a PhD degree in the field of Humanities with doctoral thesis: Drama Theatre Criticism in Daily Osijek Newspaper from 1902 to 1945. He taught various courses on history of drama and theatre at the Academy of Arts in Osijek since 2008 to 2017 and now works at Department for Cultural Studies at University of Josip Juraj Strossmayer in Osijek. He also works as a theatre critic for different journals and web pages Kazalište.hr [Theatre.hr], Republika [The Republic], Hrvatsko glumište [Croatian Theatre]... He is editor-in-chief of The Journal for Science, Arts and Culture Artos, and acted as an editor for several theatrological editions. He is active in various international and Croatian professional associations like Croatian Association of Theatre Critics and Theatre Scholars where he is secretary general, IATC, HUAmS, MH and volunteers at the association Naša djeca (Our Children) in Osijek. He has published numerous scientific papers, and has presented papers at numerous national and international scientific conferences.

[2] For want of a better name, I will use ‘digital critic’ to categorise those who write exclusively in electronic media without being paid, who personally create the web space they publish in, who have no formal editorial staff, and who write about theatre solely for personal enjoyment.